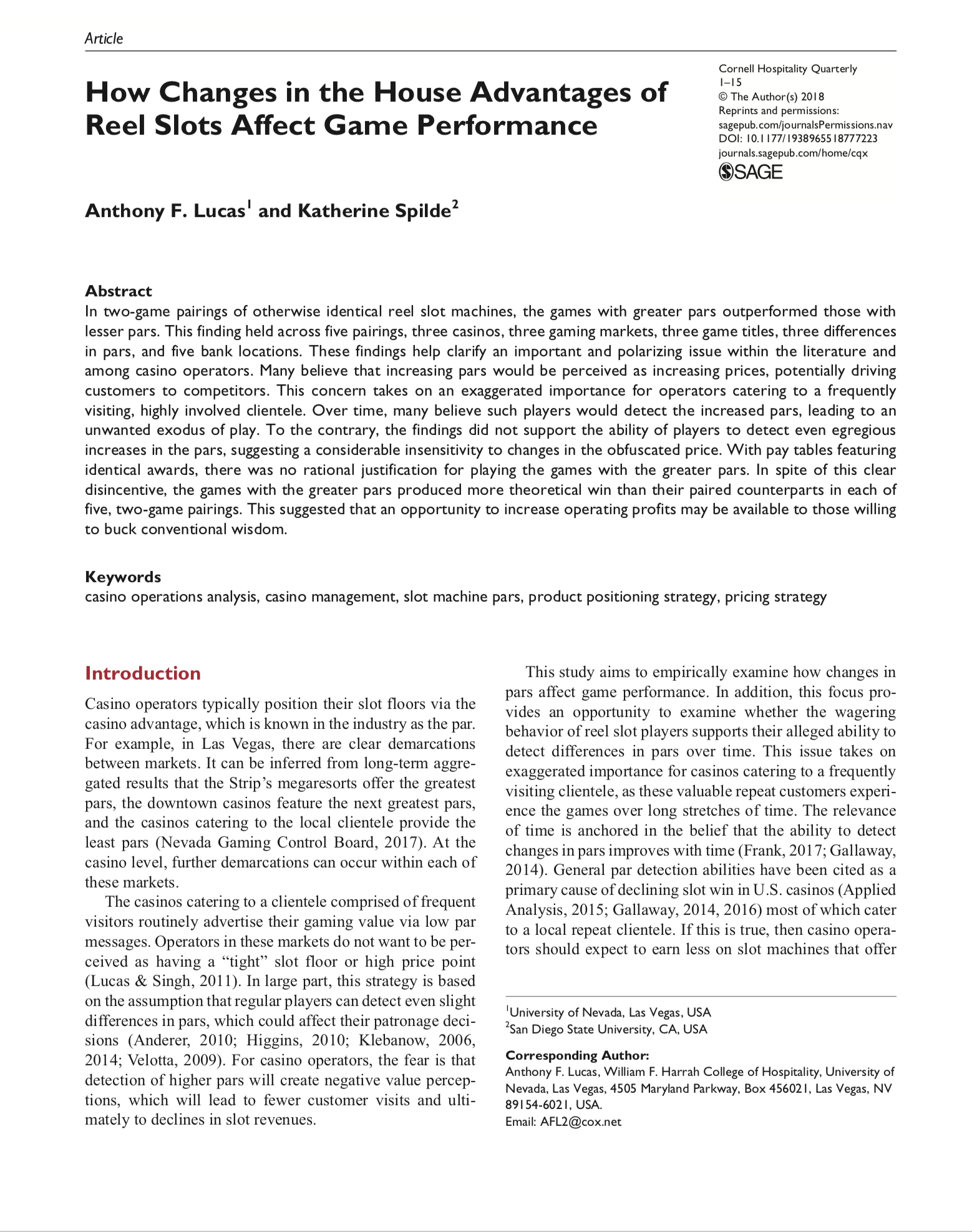 In two-game pairings of otherwise identical reel slot machines, the games with greater pars outperformed those with lesser pars. This finding held across five pairings, three casinos, three gaming markets, three game titles, three differences in pars, and five bank locations. These findings help clarify an important and polarizing issue within the literature and among casino operators. Many believe that increasing pars would be perceived as increasing prices, potentially driving customers to competitors. This concern takes on an exaggerated importance for operators catering to a frequently visiting, highly involved clientele. Over time, many believe such players would detect the increased pars, leading to an unwanted exodus of play. To the contrary, the findings did not support the ability of players to detect even egregious increases in the pars, suggesting a considerable insensitivity to changes in the obfuscated price. With pay tables featuring identical awards… read more.