Pushing the Limits of Increased Casino Advantage on Slots: An Examination of Performance Effects and Customer Reactions 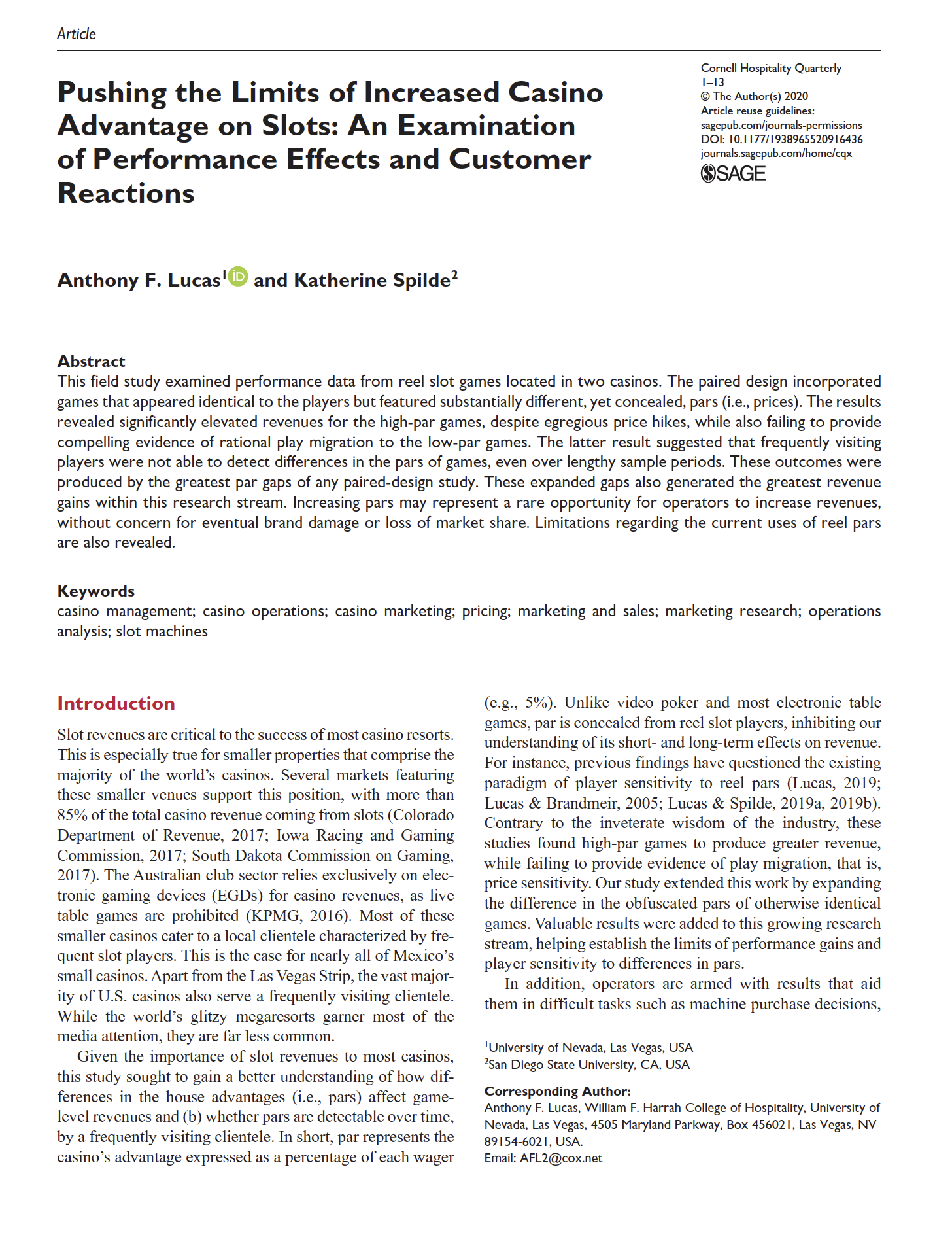 This field study examined performance data from reel slot games located in two casinos. The paired design incorporated games that appeared identical to the players but featured substantially different, yet concealed, pars (i.e., prices). The results revealed significantly elevated revenues for the high-par games, despite egregious price hikes, while also failing to provide compelling evidence of rational play migration to the low-par games. The latter result suggested that frequently visiting players were not able to detect differences in the pars of games, even over lengthy sample periods. These outcomes were produced by the greatest par gaps of any paired-design study. These expanded gaps also generated the greatest revenue gains within this research stream. Increasing pars may represent a rare opportunity for operators to increase revenues, without concern for eventual brand damage or loss of market share. Limitations regarding the current uses of reel pars are also revealed… read more.