The Bright Path: Celebrating 35 years of NIGA and the Leadership of Rick Hill 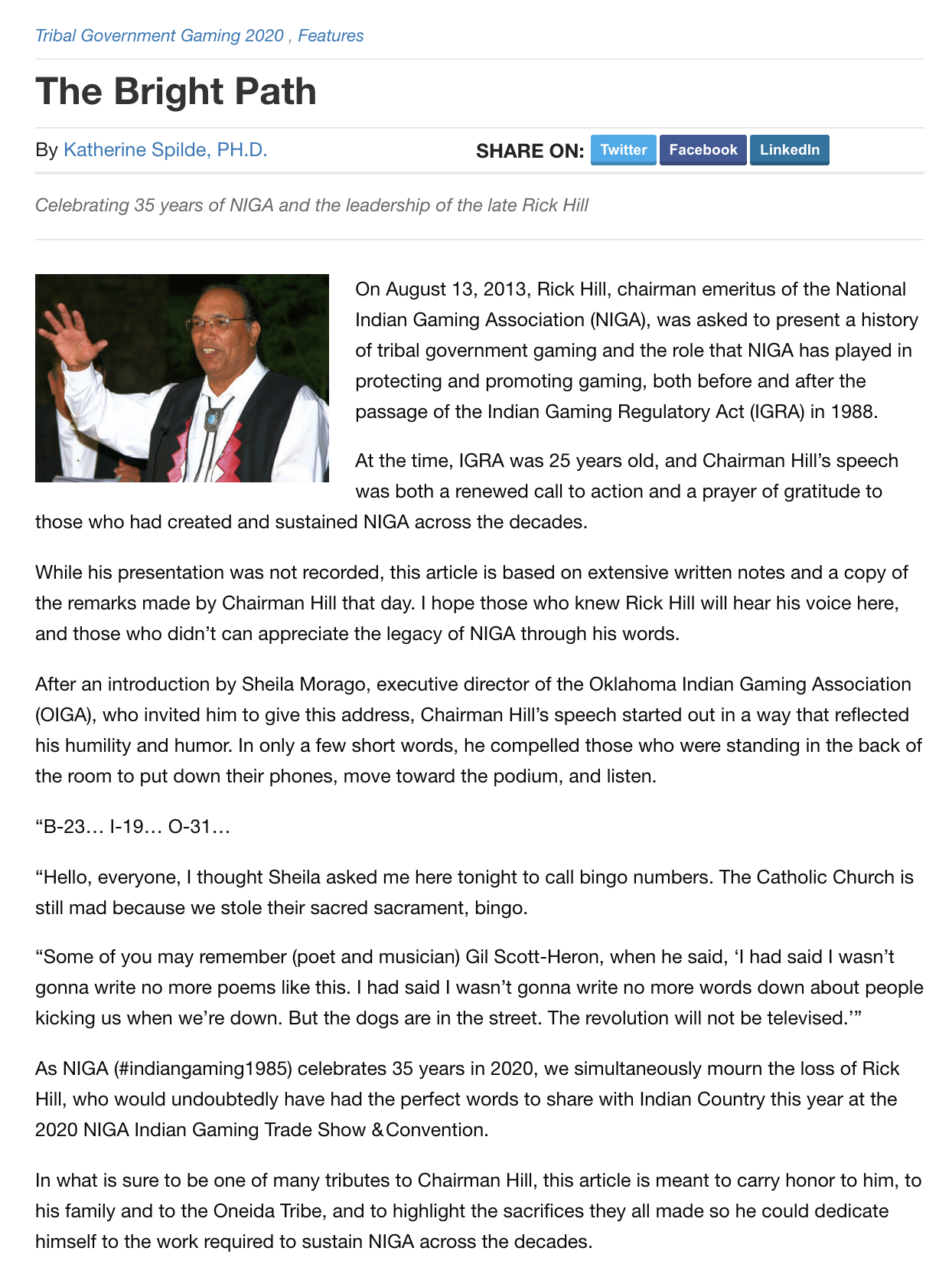 On August 13, 2013, Rick Hill, chairman emeritus of the National Indian Gaming Association (NIGA), was asked to present a history of tribal government gaming and the role that NIGA has played in protecting and promoting gaming, both before and after the passage of the Indian Gaming Regulatory Act (IGRA) in 1988.

At the time, IGRA was 25 years old, and Chairman Hill’s speech was both a renewed call to action and a prayer of gratitude to those who had created and sustained NIGA across the decades.

While his presentation was not recorded, this article is based on extensive written notes and a copy of the remarks made by Chairman Hill that day. I hope those who knew… read more.