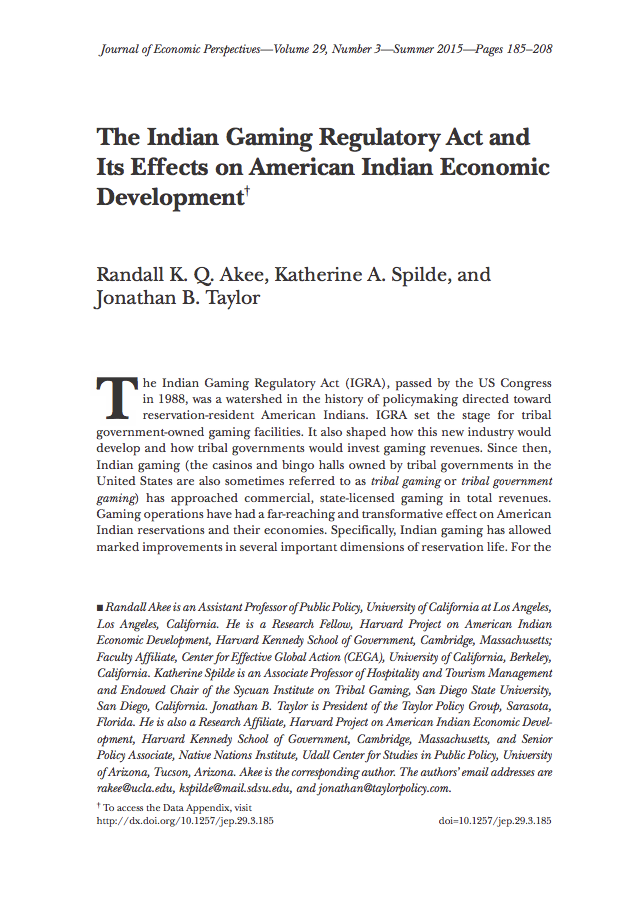 The Indian Gaming Regulatory Act (IGRA), passed by the US Congress in 1988, was a watershed in the history of policymaking directed toward reservation-resident American Indians. IGRA set the stage for tribal government-owned gaming facilities. It also shaped how this new industry would develop and how tribal governments would invest gaming revenues. Since then, Indian gaming has approached commercial, state-licensed gaming in total revenues.

Gaming operations have had a far-reaching and transformative effect on American Indian reservations and their economies. Specifically, Indian gaming has allowed marked improvements in several important dimensions of reservation life. For the first time, some tribal governments have moved to fiscal independence. While on average there have been large improvements, the effect of Indian gaming varies tremendously across tribes. Some tribes have had spectacular successes; others have found gaming to be a small part of their economic portfolio and of limited importance to their tribal government revenues and communities… read more.