The Legal Regimenting of Tribal Wealth: How Federal Courts and Agencies Seek to Normalize Tribal Governmental Revenue and Capital 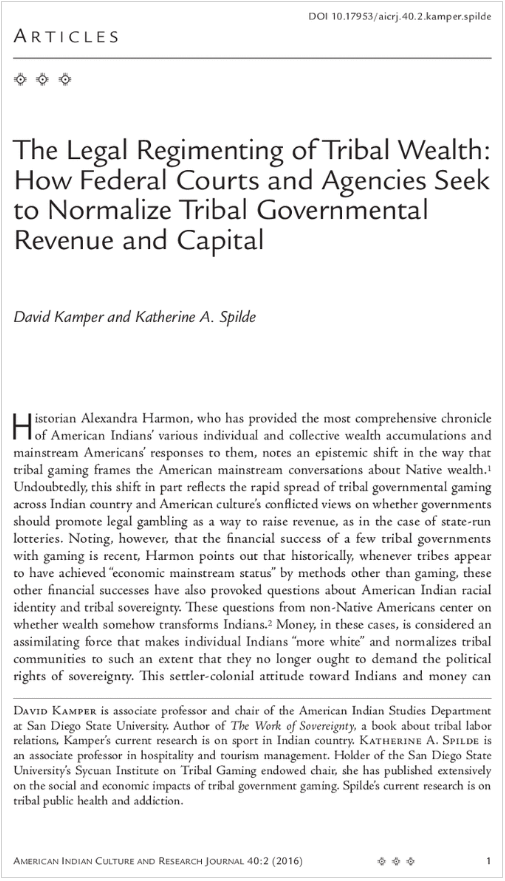 Some scholars and tribal leaders assert that the recent rise in political and economic status has by tribal governments has prompted renewed attacks on tribal sovereignty that use these new markers of Indian wealth to imply notions of assimilation to American mainstream economy and political life. Most disturbing from the prospective of this article is that attacks on tribal sovereignty have gone beyond the popular media and political propaganda to become institutionalized by the US legal system. In the past, inaccurate images of Indians as obstacles to progress have been used to justify federal policies of removal and dispossession. Now, the “rich Indian” image appears in the form of judicial rulings, legislative mandates, bureaucratic policy interpretations, and public media that systematically chip away at tribal self-determination by appealing to non-Indian emotions about wealth and fairness that have little to do with any reality in Indian country… read more.